I Am An Avenger #1: Squirrel Girl Returns.

Spoilers Galore today. If you don’t want to know what happens with Squirrel Girl in the inaugural issue of I Am An Avenger, escape now! 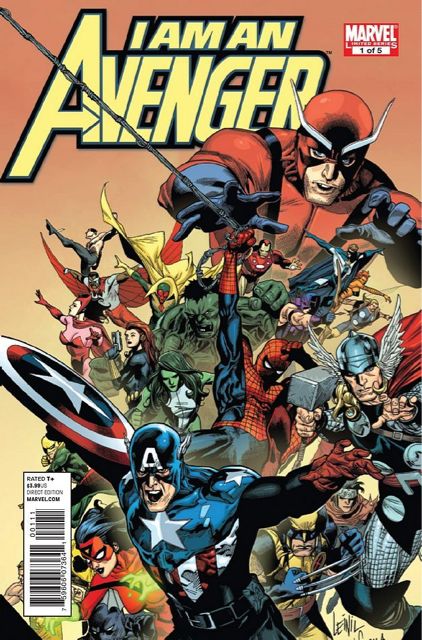 That is the cover of issue #1. I Am An Avenger seeks to introduce the full expanse of the Avengers stable over the course of five installments. Squirrel Girl is included right off the bat, and she is flying “home” to Manhattan. We never knew that she considered Central Park her own personal love grotto, and it makes for some spectacular Tom Fowler scribbles.

One thing that is perfectly captured in her two-page story? The bliss of being Squirrel Girl. You can see it in her face the entire time. She is joy incarnate, and it shows.

There are a whole lotta roots exposed in this little ditty, as it seems that Doreen Green’s crush on Iron Man is being rekindled. Maybe he will finally let her partner up?

It ends way too soon. It teases like mad. Squirrel Girl is bringing her furry tail to New York City for future features in the Avengers titles, and we will be pulling our hair out in anticipation of her next appearance all over again.